What we need is a new ranking – for journals.

Maybe not what you were expecting from me – the last thing we need is another ranking in higher education, right? As I’ve written before, they’re based on proxy measures and therefore rarely, if ever, capture what they claim to. For universities, we have national and international league tables, rankings for the best party atmosphere, green credentials, student satisfaction – one for just about everything except social justice. Maybe that’s the one we really do need. Perhaps another is a – new – ranking of academic journals. There’s already a scoring system for what’s called ‘impact factor’, which is how often you get cited, but this isn’t necessarily a sign of quality: it varies hugely between disciplines, and people cite rubbish as examples of bad work!

Much has been written about the dysfunctional nature of the academic publishing industry. A summary of how it works goes something like this:

Academics have to publish, our careers depend on it. Universities are partly measured – and ranked – based on the volume of their publications, and we therefore have annual targets of x number of articles per year. This all means that publishing academic journals is not unlike dealing drugs except that your customers aren’t just addicted to consuming your merchandise, they’re addicted to growing it, and the refining process is free! Seriously, though, publication serves a central purpose in academia – it’s about sharing your work with your peers, and the review process makes sure it’s as good as it can be. You’re building a pool of knowledge that has a strong quality control, which is a good thing.

The publishing game is particularly tricky for new academics. It’s a key external marker of quality, and it can take ages to get published. First up, it’s difficult to do – it is supposed to be, of course – but consensus is that takes upwards of a month to write an article, and this is after the research and analysis is complete. That time has to be found in between teaching, research, and ‘stuff’. Often you write with colleagues, you’re both/all busy, and this extends the writing process immeasurably. Then you have to submit it and wait for your reviews. This usually takes a few months; a friend of mine waited over a year for his, just to hear back. Assuming you get accepted with amendments, you have to go off and sort them out, which again might take a while. If the paper’s rejected, you can rework it and send it to another journal, but you might even have to bin it altogether. I’m sure senior academics have folders full of work that has never made it into daylight. 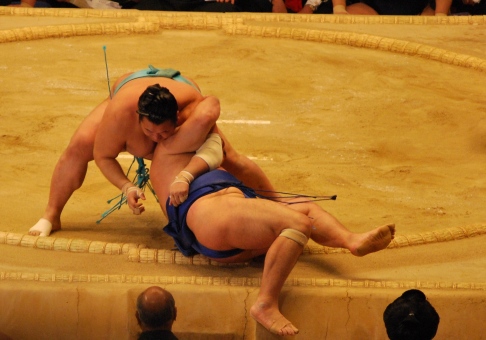 Has your article reviewer just wiped the floor with you?

I’ve had three things published, have several in the pipeline, and submitted another one three months ago (no news yet). I also had one (co-written with a professor) rejected last year. The feedback from one of the reviewers pointed out some shortcomings and indicated room for improvement, all of which I had no truck with – they were right. The other review was brief, its highlight being ‘this is about the standard of a Master’s degree’. Ouch – and here’s the kicker – some reviewers seem to get off on giving bitchy comments. They can do it because both the article and reviews are submitted anonymously. I guess it’s a form of academic trolling. For a selection of these kinds of review, see here. In a way they’re are quite funny – insulting people politely is, after all, something of an art form.

The unfunny side of the equation is that this is a piece of work that someone has probably spent months working on, and their career depends on it. In the name of both karma and decency, you should review the way that you want to get feedback – constructively. Even if the paper is to be rejected, there’s always a way of fixing it, it’s just that sometimes that fixing requires quite a lot of work. I’ve had some really good reviews, giving me advice on aspects I’ve been struggling with, and/or suggesting useful authors or specific readings to help with that. Simply writing ‘There is so much that is wrong with this paper that it is difficult to know where to start’ just marks you out as a wanker.

So here’s where the ranking comes in. Why don’t we rate journals based on:

There is a caveat on each. For the length of time, you somehow need to factor in that the sheer volume of journal submissions nowadays makes the editor’s job hard, and they can sometimes spend months just trying to find reviewers. Perhaps they should let you know if it’s being delayed. For your feedback on the feedback, as it were, you need to be honest and not simply slate journals for rejecting your work. You could qualify your poor rating with by pasting offending sections into the ranking, like the feedback on other kinds of reviews.

You could argue that you don’t need a ranking, more a collection of comments, but you do need a good volume of data to build a representative picture. You could go up the scale for sensible turnarounds and constructive reviews, and down for being ignored for months and/or harsh feedback. As with all forms of quantification, you have to be careful with what weights you assign to different criteria, but you never know, if this took off, maybe the unkindness would begin to be sanctioned by the journals. There is a shortage of reviewers, and this might shrink the pool a bit, but those nasty bastards really aren’t helping.

A Higher Educationalist...
View all posts by ddubdrahcir →
This entry was posted in Early Career Academia, International Students, Rankings. Bookmark the permalink.

Relax! It's just a PhD thesis at Oxford.

Professor of Politics and Public Policy, University of Stirling

The challenges encountered whilst doing a sociology of education PhD

A PhD student researching and writing about education, class and the city

Sociology of Difference by Zuleyka Zevallos

Population and Environment in the Middle East